May I use six or seven words? Starting with, resourceful - responsible - rejoicing Ruth. Sorry, I just can’t come up with a single word to describe me.

Really, I’ve been trying to think of how to describe myself in a sum-up kind of way. It doesn’t work. That’s because as I’ve told some friends, I’m like a diamond or gemstone with many facets. Even I am sometimes surprised at the traits and interests that show up in my life. But here are some that my friends have used about me, and the ones I think help to define me.

- I thought it was just my quick mind and creative bent that has often helped me to find solutions to problems, or to turn something I have on hand to make something that I need. Then when I moved home to care for my parents in their old age, I observed that Dad was like this too. When he ran into a problem that puzzled him, he would stare at it and think for a while, and suddenly he would come up with a solution, using stuff he already had in his basement workshop, or the garden shed, or wherever.

Then I recalled Uncle John and his inventions, and realized that some other relatives were like this as well. So I believe I’ve inherited this trait, and being poor most of my life, I’ve had lots of opportunities to practice resourcefulness. Not just in fixing things around the house, but also in teaching myself how to do all the things I now know to do on the computer and on the internet.

Resourceful. Yes, I like that about myself. A wonderfully versatile trait to have!

- I’ve even written a brochure about this trait. As the oldest of five siblings, with a sickly mother most of our lives, I’ve had to be responsible for them, and grow up so fast I missed some of my childhood years.

On top of that Mom always reminded me to finish whatever I started. I took a lot of responsibility on when growing up, but now I see that it has carried over to other parts of my life. Any roles that I took on in church or on my jobs - well, I soon took ownership and made sure that my work was done better than expected, and if I spotted anything that needed doing, if no one else was doing it, I’d take it on too.

It never occurred to me to use this word to describe myself, until just a few years ago, I was at a missions conference in another place. I met a woman who was a professional counsellor. She asked me about myself, and I cheerfully filled her in on some of the things I’d done, including going home to care for my parents until they died. Suddenly this woman said, “You’re always the Responsible One, aren’t you?”

I thought about that for a while and decided that yes, “The Responsible One” describes me to a T. Now I see it in my business life online too.

-Yes, I’m claiming this one as well! But for this one I think I have to give the Lord the full credit for it. Whether sick or somewhat better, Mom was always the serious worry wart. She expected things to go wrong. Dad was basically more cheerful, but being sensitive to Mom’s cloudy moods, often was dampened. I am also sensitive and was easily influenced by others’ moods.

However, I had learned, during my 12 years in London, Ontario, to lean on the Lord for anything that upset or frightened me, and He had helped me so often that I had become a fairly cheerful, happy person. That rejoicing trait was severely tested and tried while caring for Mom, so more and more I was able to bounce back up when brought emotionally low.

Now, living alone again for the past 14+ years, I am glad to say that rejoicing in the Lord has become a dominant and constant state for me. I don’t have a funny bone, like two of my siblings, who easily spot puns and funny things. Instead, I have a wonderful confidence in my loving Heavenly Father, and dear Lord Jesus. God loves me and watches over me, and nothing happens to me but that He has allowed it for a good reason.

If you are sure - with all your being - that you are loved - it does wonders for filling you with joy and peace, doesn’t it?

I have about four more words, but let’s pause to consider a question.

What do you think? Would a resourceful, responsible and rejoicing woman make good traits for a business woman?

Yes, I think so too.

Do you have any hint of these traits in your life? If you think they are not very strong, do you think you could make some decisions that would strengthen them?

I agree. Simply watch for situations where you can deliberately be resourceful, responsible and rejoicing in the Lord. After each instance, you will be stronger in that trait. You might still forget some days, but keep trying and (hint: keep asking the Lord to help you too) and with time YOU will be known for these characteristics too!

For the next four traits go to: Faithful-Tenderhearted-Wholehearted-Loyal

Shopping Online/Offline?
Regularly Get a portion Back into your Bank Account!
Sign up for FREE with CashBackWorld

Join the Powerful MyLeadSystemPRO Affiliate Program, and LET us PAY YOU Thousands of Dollars per Month In Commissions. Even when they say "NO" to your other business. 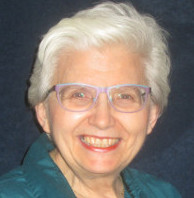